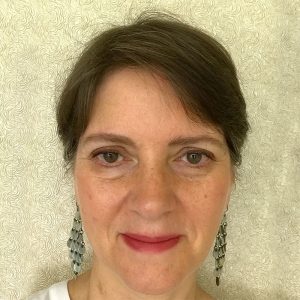 Sonia Rapaport, MD is board certified in Integrative and Holistic Medicine as well as Family Medicine. She served on the Board of the American Holistic Medical Association and has lectured nationally on holistic and narrative medicine.

As the founder of Haven Medical, Dr. Rapaport has been practicing integrative medicine since 2007, but her work in holistic medicine began in 1988, while still a student at the University of Virginia’s School of Medicine. A second-year medical student, she founded a student organization entitled Alternatives: Perspectives in Medicine, which welcomed complementary and alternative practitioners from the Charlottesville area to speak about their modalities to medical students. After residency in Pittsburgh PA, she relocated to the warmer climate of Newton NC, where she worked part-time at Newton Family Practice and was the medical consultant for Catawba County Department of Public Health.

After the birth of her third child, she took a temporary leave of absence to care for his special needs. When her fourth child was born with the same genetic disorder, Familial Dysautonomia (FD), she chose to devote her time to her children and to understanding this rare disorder. She initiated an NIH conference on FD and was one of its speakers in 2002. She has published several articles on the disorder. Her research into possible mechanisms for FD and its symptoms led her to study more fully how dysfunction affects the body and she began to incorporate nutrition, nutritional and herbal supplements, Reiki, and other modalities into the treatment of her children.

In late 2007, she relocated to Chapel Hill. No longer ethically able to prescribe medications which only address symptoms when an understanding of the dysfunction could lead to resolution of their underlying cause, Dr. Rapaport chose Haven Medical rather than join an existing traditional family practice.